2015-16 MusicaNova Composition Fellow Karalyn Schubring is a sixteen-year-old senior at Chandler Preparatory Academy in Chandler, Arizona. She began studying piano at age three. Karalyn continues to study with East Valley Yamaha Music School, in Chandler, AZ and wrote her first piano composition at age six. Karalyn is passionate about performing and composing music and plans to pursue a full-time career in composition.

The world premiere of her work Symphonic Dance No. 1 will be played by the MusicaNova Orchestra in its November 1, 2015 concert in Phoenix.

In this past year, Karalyn performed her music at the 2015 National Association of Music Merchants (NAMM) show in Anaheim CA, and was commissioned by East Valley Children’s Theater in Mesa to write the music for an original play, Arya’s Rock: A Video Game Adventure, which premiered in June and received an AriZoni Theatre Award nomination for Original Music Composition. In the summer of 2015 Karalyn was one of ten composers selected to be a part of the Young Artists Composition Program at the Boston University Tanglewood Institute, a six-week intensive program where she worked wit

Karalyn is also an accomplished pianist. She has performed her compositions in numerous Junior Original Concerts with the Yamaha Music Education System, and other venues including Tempe Center for the Arts, the Musical Instrument Museum, the NAMM show, the Downtown Chamber Series, the Arizona State Music Teachers Association Conference, and in Calgary, Alberta, Canada. She is also a finalist for NPR’s “From the Top,” a nationally-broadcast program featuring young artists. (reprinted from MusicaNova) 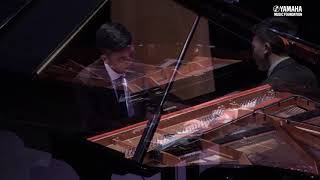